We love to share our Mediterreanian culture and the dishes we grew up. In this blog post we share our Top Six traditional Spanish seafood dishes. We promise this won’t be the basic paella that is most commonly associated with the Spanish Mediterranean!

Most of these dishes are classics from Spain and are Spanish specialties. Some of them are famous worldwide. If you like seafood and would like to know more about spanish culture and gastronomy, this blog post is made for you.

This popular seafood dish is a great example of traditional Spanish cuisine and is one of the most famous Spanish plates, after the paella and tortilla. Both easy to make and delicious, it is a typical dish from the Basque country in northern Spain. You can find it in many restaurants around the country.

The main ingredient is codfish. Spanish people have many dishes built around cod fish and Spain is probably the country that eats it the most.This is simply because there are a lot of codfish along its coast.

What makes this dish special is the Vizcaina sauce. This sauce is used in many different recipes in the northern area of Spain, with Iberico pork, or even escargots. Usually though this tasty sauce is associated with cod. Vizcaina sauce can be made with tomato or pepper. 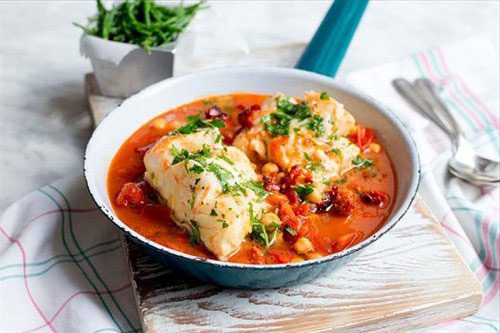 Marmitako is also a specialty from the Basque country and is a soup eaten all over Spain. It is also known as one of the best dishes in the world.

The soup was born on fishing boats and made by fishermen. Today you can mostly find it in northern Spanish restaurants or home-cooked by Spanish families. The soup is easy to make, and has a thick consistency from the potatoes in it.

There are many variations of this dish, including one with salmon instead of tuna. Feel free to try it the way you want!

Here is one of the recipes you can find online. 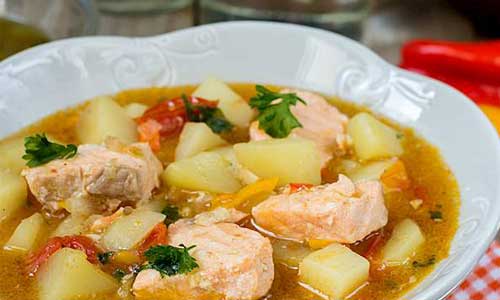 Here again, we have a typical recipe from the Basque country. This part of Spain is well known for its gastronomy and all the dishes and recipes they brought to life.

This dish is made with hake and clams. Hake are fished in the Biskaia gulf and Cantabria. It is not a cheap fish, but it gives it’s great taste to the dish. The clams in the dish give it a strong seafood flavor. What makes it a Spanish-made dish is the traditional “salsa verde,” taking its color from its main ingredient, parsley.

When you cook clams, you have to be careful to purchase good quality ones and cook them well to avoid getting sick. Here is a source of high quality clams. On top of that, if you buy them frozen you are ensured to not get sick.

See one of the recipes for this dish here. 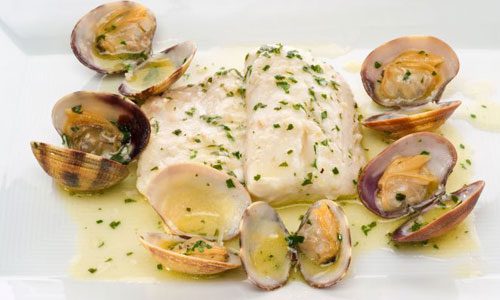 Another seafood dish from the Basque country, Bacalao al pil pil, or Spicy codfish, is a traditional Spanish dish with a funny myth around it.

Legend has it that this dish was born during the Second Carlist War. Apparently, during this civil war a trader bought 20 or 22 pieces of codfish, and just before the siege of Bilbao started the trader received 20,022 pieces of codfish instead of the 20 or 22 he requested.

This left the residents of Bilbao with a lot of codfish to cook. With so few other ingredients available, they made the dish called Bacalao al Pil Pil.

There are other stories about how this dish was created, but that one is our favorite!

This dish has many advantages: it is easy to make (only olive oil, chili and codfish), very quick to prepare, cheap, and obviously delicious.

Tip: It is very important to make this dish with olive oil because it adds to the flavor. 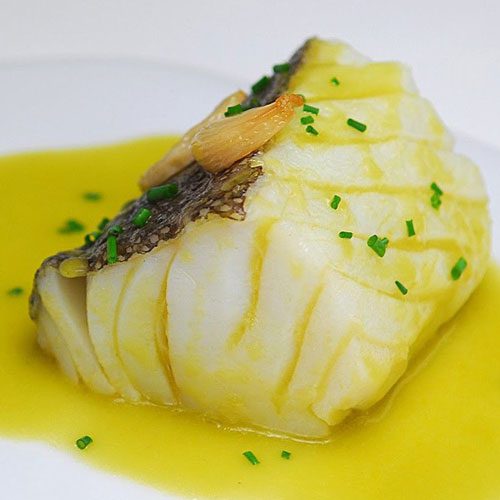 This dish comes from the Balearic Islands off the eastern coast of Spain. It is probably the most famous dish from the islands and also the most delicious.

To make authentic caldereta de langosta it is crucial to use langoustines (cigalas” in Spanish). Most people say that to succeed in making a great caldereta you must use blue langoustines. That being said, the people from the Balearic Island would disagree, since they say that the best ones are the red ones close to their shore.

At the end of the day, any kind of langoustine you choose will work perfectly for this delicious dish. Be aware that with langoustines or lobster, there is a big difference between American and European. They are not interchangeable for this dish or most other authentic Spanish recipes. When you choose your langoustines for caldereta make sure to use the European ones!

We wrote a blog article about langoustines to help you identify the right ones.

And here is the recipe for Caldereta langosta.

Last but not least, we have the famous almejas Spanish seafood dish. Like in paella and many other Spanish dishes, almejas al pil pil is made with clams and crustaceans. It is typically served as an appetizer or a tapa.

This dish is a typical Spanish dish: easy to make, very quick, and super flavorful. In about 15 minutes you will be able to enjoy your clams. The flavor of the clams is augmented by the simple spicing, influenced by Arabic tastes, of this dish.

If you ever go to Spain you will discover many kinds of clams. The best ones are called “almeja fina” or thin clams. You can find them in northern Spain. Clams in general are bigger and juicier than the rest of the crustaceans.

Be careful when choosing your clams. The best way to ensure the quality of the product (and not suffer from any sickness due to seafood spoiling) is to buy the product frozen.

An example of an almejas pil pil recipe here. 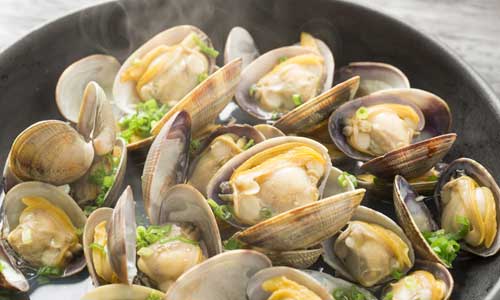 Save 15% on your next order by joining our mailing list
You will receive exclusive news and special offers from mmmediterranean.

Thank you! You will receive a coupon code in your mailbox, don't forget to check the Spam folder.

Get 15% off on any item when you buy today

Your Code
Win15
Go
*Not valid with other discount codes
×
Yay! You got a special discount

Get a discount right away!